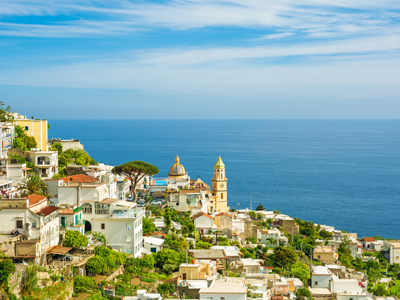 Praiano is one of the pearls of the Amalfi Coast, set between the sky and the sea. Middle ground between Amalfi and Positano is the place chosen by thousands of people for their holidays.

Praiano offers a great opportunity for tourists, represented by its splendid beaches. From here you can enjoy a splendid view of Positano, the Li Galli Islands and the Isle of Capri. 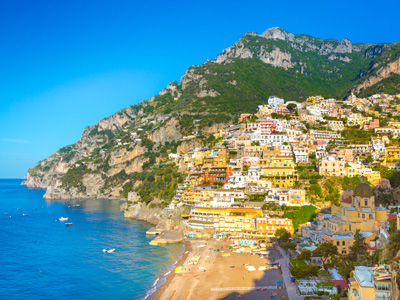 If you love the Amalfi Coast, you cannot miss this extraordinary place at least once in your life.

Positano is an ancient fishing village, which has become one of the most elegant and well-known health resorts of the Amalfi Coast, which rises in a wonderful and suggestive panoramic position.

Positano offers various opportunities to its tourists to enjoy the beautiful waters of the Amalfi Coast. In the evening, DJs and artists from all over the world cheer up the many young people who crowd the vertical city. 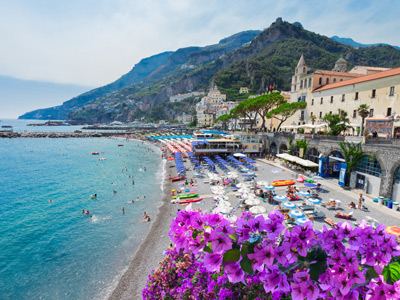 The city of Amalfi is one of the most renowned tourist centers of the Campania coast, known and appreciated all over the world for its artistic and natural beauties, its clear sea and its well developed and refined tourist accommodation.

Every corner, every alleyway and every little square opens up unusual perspectives and silent and picturesque views

The charm that emanates along with other towns on the Amalfi Coast allows the tourist to experience magical moments. The beach of Marina Grande in Amalfi is quite lively and suitable for those who want to experience a sparkling summer 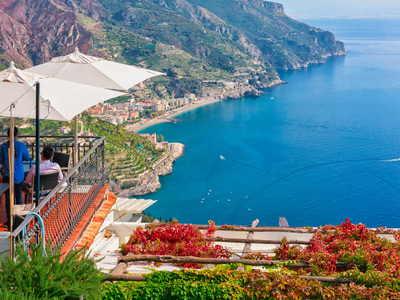 Ravello is one of the most suggestive destinations of the entire Amalfi Coast.

In fact, in Ravello you can continue to enjoy a quiet holiday, despite the importance of many events that take place right here and you can experience the Amalfi Coast without the tourist hassle that affects other centers especially in another season.

Ravello should be lived more than being visited, savoring the aromas, flavors, environments, the heat of the sun, experiencing an experience that is truly unique on the Amalfi Coast, and absolutely not replicable anywhere else in the world. 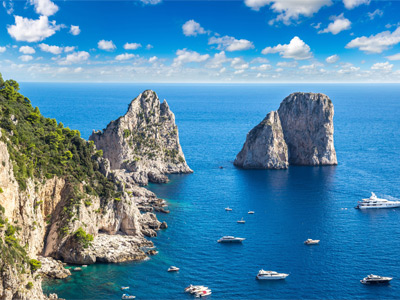 Capri, the "queen of rock" by Pablo Neruda, has always been associated with a glamorous and elite tourism.

A photograph that reflects only in part the island that for a long time owes its fortunes to cruise tourism and day trips. In the ability to reconcile these two aspects, the main merit of the people of Capri is to be able to make the "dream" more accessible.

Capri is located in a strategic position, ideal to visit if you are in the area but also to be considered as a unique destination for an unforgettable journey. Its beaches, the Faraglioni, the famous Piazzetta that served as a backdrop for films in the past 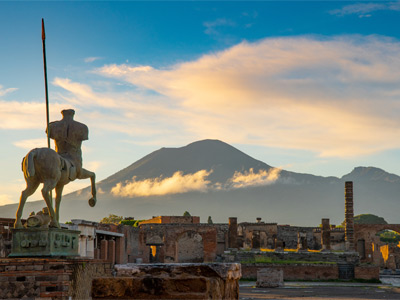 Pompeii has very ancient origins, almost as much as Rome, offering splendid views from which to admire Vesuvius and the entire Gulf of Naples.

Rich in monuments and squares, it is the city of the Belpaese - perhaps more than any other - in which history lives and is told under the enchanted eyes of millions of tourists, no one will be able to resist its charm.

Among the excavations and the Sanctuary, Pompeii hides other beauties that deserve to be seen, in addition to the tour to the top of Vesuvius, the villa of mysteries, the Amphitheater which is the oldest stone building ever discovered, the scene of bloody gladiator battles .